Closer to Earth, Closer to Goddess

A spontaneous decision from an old dream brought me to Nepal, finally. 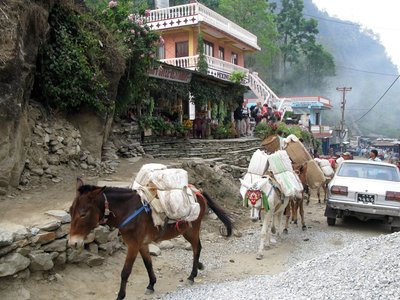 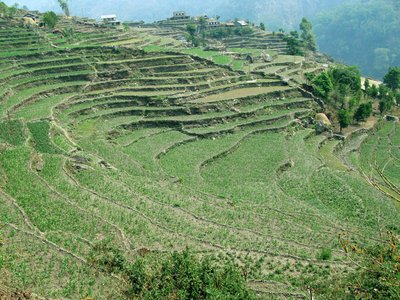 A small landlocked country, 800km long and 200km wide, Nepal is gepgraphically divided into the southern flat jungles of Terai, the Middle Hills from east to west where cities of Kathmandu and Pokhara are located, the mighty Himilayas ranges in the north & the western deserts of Trans-Himilayas. The growing Himalayas started to form 60 million years ago when the Indo-Australian plate were pushed under the Eurasian continent when collided. 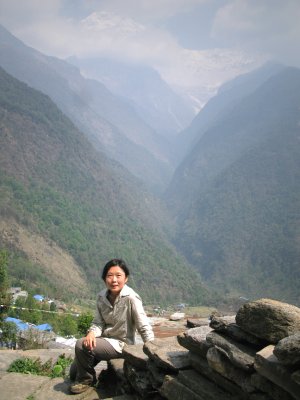 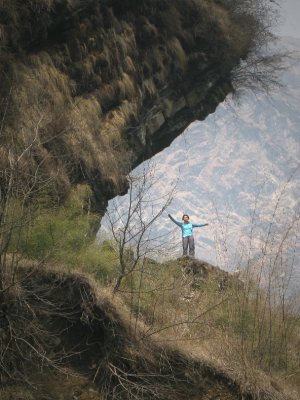 My two-week trek to the Annapurna Sanctuary (Base Camp) in Central Nepal took me from Pokhara, through various Gurung villages and rice terraces, at 2000m, to bamboo and rhododendron forests at 3000m, to raging rivers and rugged terrain of the Modi Khola Valley, finally into the heart of the Annapurna Himal at Annapurna Base Camp (ABC), at 4130m. 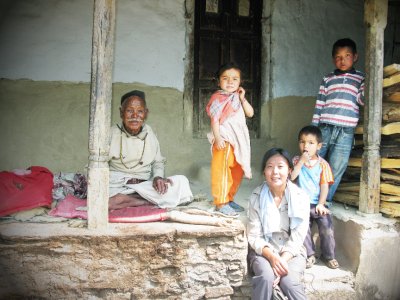 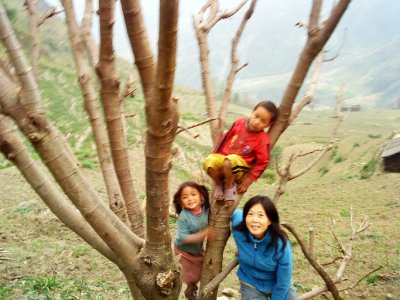 Ram, my wonderful and experienced guide, had recruited his cousin to be my porter. Belonged to the 'Gurung', he introduced me to his grandfather in his 80s before staying at his mother's and his twin brother's lodges. During Nepalese holidays, relatives and children will leave Kathmandu and stay in the mountain villages learning different skills and nature. After a difficult trek, I enjoyed thoroughly chasing rabbits and feeding goats following the guidance of these children. There is, however, a sad side behind these innocent, smiley faces. Many are orphans or stateless souls because of poverty and the lack of responsibility of men in these rural areas. 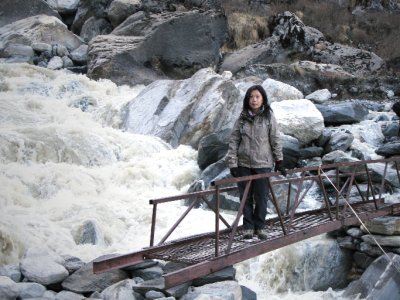 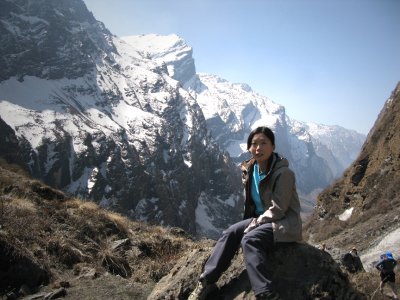 Long trekking is always a good time for self-reflection. There were times of enjoyment during downhill trek in the shade. And there were times of intense self-questioning when there were no end to the uphill steps in the punishing sun. Fortunately, a few chocolates, friendly smiles and a dip in the icy river could rejuvenate my spirit. Not to mention the egg veggie noodle soup and daul baut. 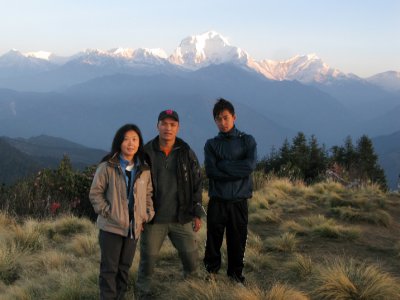 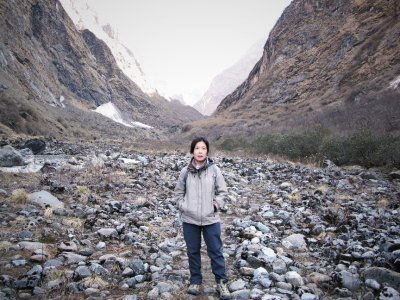 And then, there were times of enlightment in the embrace of the Annapurna ranges (Annapurna I - 8091m). A Sanskrit word that means full of food or Goddess of the Harvest, Annapurna, is a Hindu fertility goddess. However, it is also the most dangerous 8000-meter peak with an expedition fatality rate of 40%. While the gentle Annapurna ranges stretches over 34 miles, Machhapuchhare (FishTail), 6997m, with its signature sharp peak generates more awe than any other peaks in the sauctuary. 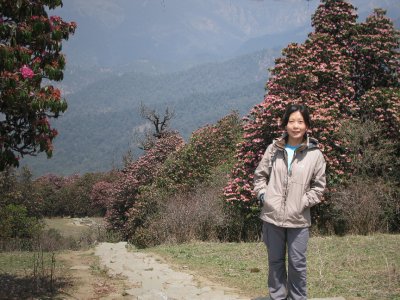 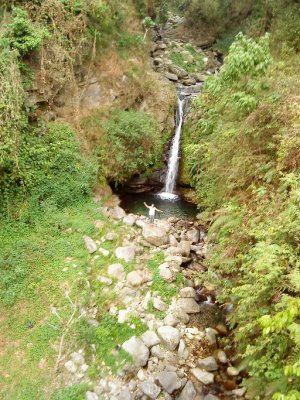 Sleeping over 4000m in zero degree is never easy even with the warmest sleeping bag. A toilet run becomes a chore rewarded with the rare sight of the moon & stars kissing the snowy peaks. Trekkers must learn to adapt to the frequent mood swing in high altitudes. Mountains love to play hide and seek with their admirers. Is this an intrinsic nature of women. 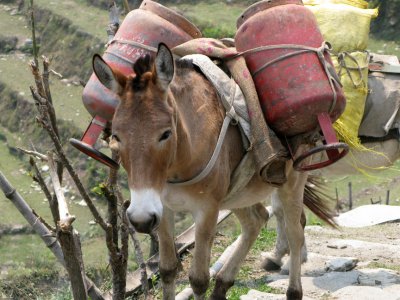 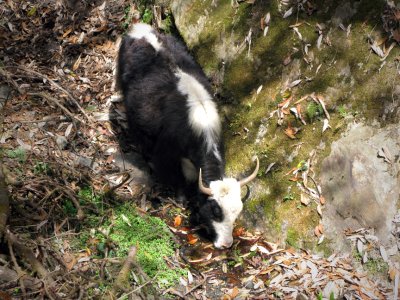 Buddha must have a reason to be borned in Nepal. It is truly a natural paradise where the mind and soul can almost touch the mountain goddess. 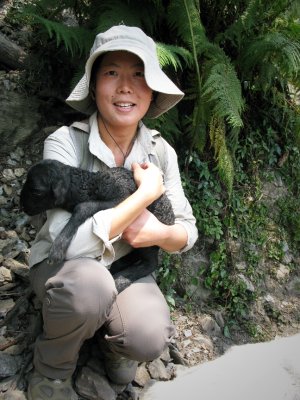 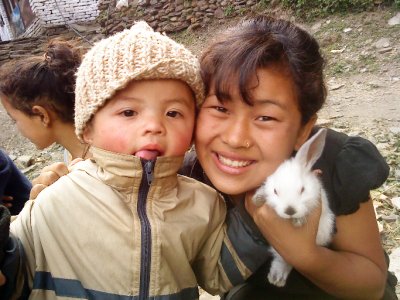